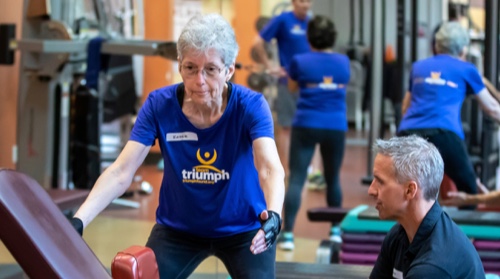 Survivors get specialized attention, achieving individual goals, with a small group of peers. Our Programs are so effective, we receive referrals from every cancer center in the region. 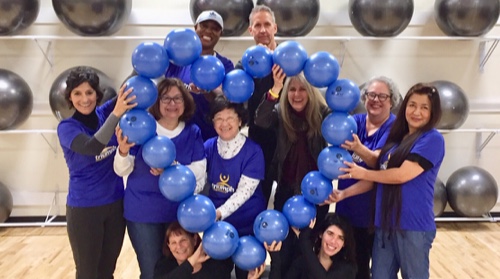 Our programs have grown from one installation, to multiple classes offered at 4 locations per trimester. We have relationships with 2 Gym Partners who generously provide their facilities to our instructor team. 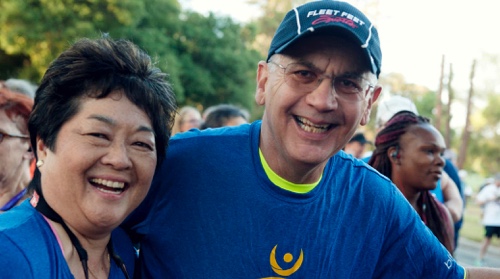 We don’t just fill class slots with survivors. We curate people into a small community. Our participants are positioned for ongoing success as they progress through our programs.

Triumph Cancer Foundation serves the Sacramento Metro Area by (1) providing specialized programs that empower adult cancer survivors to recapture their lives after cancer treatment at no cost to the participant; and (2) advocating for cancer survivors through participation in community activities and events we organize.

Meet the Team of Dedicated Professionals

Triumph Cancer Foundation has developed a reputation for providing a high quality exercise program for cancer survivors recovering from cancer treatment.  We are well respected in the Sacramento healthcare community and receive referrals from all 4 major cancer centers. Dr. Ernie Bodai, a leader in the breast cancer field, is one of our proponents.

2007: Team Triumph introduced as a cycling team to raise awareness for Triumph Fitness.

January 2014: Triumph to 5K launched in partnership with Fleet Feet Sacramento and the assistance of Triumph’s own private volunteer coaches.

March 2014: Team Triumph debuted at Shamrockn weekend and selected to be 5K beneficiary.

July 2015: Triumph to the Summit introduced as a summer fundraiser.  Graduates and supporters train together with the goal being to summit a Sierra peak.

August 2016: Triumph launched a proprietary software application designed to collect quantitative and qualitative data on participants in order to assess physical and emotional conditions pre and post program. Fitness and health habits of participants are tracked through surveys for a full year after graduation.

2020: Launch of Nutrition Resource Program and Fitness Tips for Graduates.

April 2020: Triumph Fitness pivots to a virtual platform in response to the coronavirus pandemic.

October 2020: Triumph Fitness celebrates 15 years of being available in the community.

February 2021: The Triumph 2.0 continuation exercise program for graduates is launched.

It started with One Survivor

Read Board Bios & See Our Financials

What We Still Need:

Please donate new & gently used Laptops & Tablets circa 2016 to 2019. These devices must be able to run our latest software for event check-in at Triumph Uncorked. Devices are needed by May 20th.

What We Still Need:

Please donate towards the cost of printing for our annual event, Triumph Uncorked. We need Auction catalogs, posters, table cards, and other printed goods for the event.

Thank You to our many Sponsors and Partners!
Your support keeps our programs available at no cost to survivors!